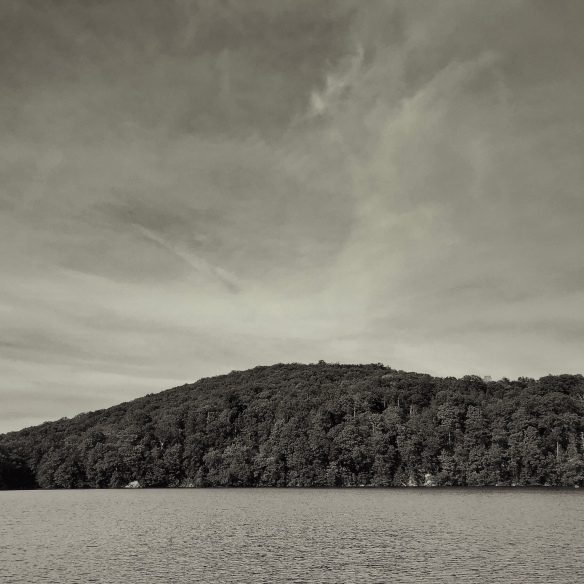 It’s Labor Day here in the US – the end of Summer for many of us, as the kids go back to school and beaches close for another year. We’re making the most of one last day and I hope you are too.

I think it’s hard for anyone who spends even a little bit of time around the ocean to ignore the fact that there is a lot of trash in the water. Whether it’s stuff visibly floating or at the tide line it is there in larger quantities every year.

Mandy Barker grew up on the east coast of England and experienced the growth of plastic trash washing up on the beach in increasing amounts when she was young. This spurred her on to document it and bring it into the public conversation. Her work however is not just simple documentation but rather uses the images of the trash that she has collected to create images that resemble images of that natural world such as the image above.

I really enjoy seeing behind the scenes, to better understand how other people create. Mandy provides that with a look into her sketchbooks that she uses to develop ideas that she may then work up into a final piece. Take a look at her sketch books here.

Listen to Mandy talk about her work below and do check out her website and books.

Looking at my notes I was surprised to see that I have never included Michael Kenna in my Friday Inspiration series. His minimal landscape work resonates with me in a deep way. I enjoy the space that he provides the viewer for their own thoughts. The range of subjects that Kenna has photographed is quite impressive from minimalist Japanese winter landscapes to a power station in England to his daughter’s kindergarten classroom. Quite an inspiration.

I was excited a few years ago when I saw a short trailer for a documentary following Kenna as he photographed in Shinan in Korea. Yet I never was able to find the full length documentary until recently. Check out ‘A Letter From Shinan’ below.

I’ve enjoyed editing images on my phone over the last couple of years. The game I play on instagram is that I can only post images there that have been taken and edited with my phone. This is less impressive than it was say 5 years ago but I’m sticking with it.

The apps that I have on my phone for image editing generally push me out of the zone that I would be otherwise be in if I were editing the images on the computer. I’ve been wondering over the last couple of weeks whether I’ve really been exploring the full potential of my images with my conservative image editing and so I’m going to play and push a little. As Brian Eno says go to an extreme and retreat to a useable position.

The first image is above. One version in color and one in black and white. With do you prefer?

Sally Mann is best known for her large format black and white photographs many of which, to me at least, have an experimental quality. She came to prominence with her work ‘Immediate Family’ which featured her three children, all of whom were under 10 at the time, playing at the family’s summer cabin. More recently her Memoir ‘Hold Still’ has brought her work to a whole new audience.

I’ve had Sally Mann’s book ‘A Thousand Crossings’ on my desk for the last year or so. The book is the catalog for the exhibition put together by Sarah Kennel of the Peabody Essex Museum and of the National Gallery of Art.

The exhibition and book follows Mann’s exploration of her relationship with her family, the land and her southern heritage in 5 major blocks of work – family, landscape, battlefields, legacy and mortality. There’s a great description of the work and her process on the getty site here.

Watch the short introduction to the exhibition from Sarah Kennel and follow that with the longer introduction by Sarah Greenough. To watch a short video of Mann at work click here.

I’ve been following Jack Lowe’s ‘The Lifeboat Station Project’ for a while through his instagram posts. I was excited when I saw that he’d photographed the lifeboat station of the little Yorkshire fishing village where I spent my summers.

The RNLI – The Royal Lifeboat Institution – is a 200 year old charity that saves lives around the coast of the UK and Republic of Ireland. That the RNLI is a charity and uses community volunteers really distinguishes it from services in other countries such as the US coastguard. The RNLI provides a vital service and is well worth supporting.

Jack is on a mission to photograph all 238 RNLI lifeboat stations in the UK and Republic of Ireland. That in itself would be a challenge but to make things more interesting Jack’s choice of medium is wet plate collodion. He’s making photographs on glass plates and developing them in the field using his mobile darkroom Neena, a refurbished ambulance. The culmination of the project will be a book and exhibition that will help the RNLI raise awareness for their mission and funds to support it. Check out how Jack’s project is progressing on his mission map page here.

Watch Jack in action below.

I had a hearty dose of nostalgia when I first came across the work of Paul Hart. I grew up in the north east corner of South Yorkshire, close to the borders of East Yorkshire and North Lincolnshire. The mining village where I lived was surrounded by farm land and so biking out of the village in almost any direction I would see vistas such as the one above.

Paul Hart has published three books of his work – Truncated, Farmed and Drained. Farmed and Drained are the first two books in what will eventually be the Fenland trilogy. Francis Hodgson in the preface to Drained describes his work this way “Paul Hart is a photographer interested in the slow harvesting of hidden truth from the ordinary places that most of us pass by”.

His images have a special resonance with me. I wouldn’t have thought to stop and take photographs of what for me was the everyday but I wish that I had. The view from our upstairs window used to be across a farmers field, the canal and the river with an odd little house on the bank between the two. I have no idea if the house is still there because the housing estate that has sprung up on the fields obscures the view. Paul’s work reminds me that as photographers we have a duty to photograph our everyday as well as the spectacular scenes.

The Bio on Paul’s webpage tells us that he’s working with ‘cumbersome analogue equipment in and unfashionable area’. I’m personally glad that he is and hope he keeps at it.

Check out more about Paul here and listen to him describe his truncated series below.

It’s been fun to visit the old digital neighborhoods as I turn the lights back on here.  As is often the case somethings are very much the same, other things are different and some are no longer.  Google appears to have shuttered Google+ – I wonder what that means for the communities that were heavily reliant on that platform.  Some of my favorite physical and digital magazines are still in operation – Lenswork to name just one, while others seem to have ceased publication.  Old friends and familiar voices are still working hard while others have retired.  Such is the nature of things.

My neighborhood here in Connecticut has a very different vibe to Boston.  The most immediate and obvious differences here are how hilly it is and it definitely feels that you’re in the middle of the woods. There are also many more rivers, streams and ponds than there were where I was on the South Shore of Boston.  I’m about 30 minutes from the coast but at the moment it feels much further.  I expect that this will have an impact on what I choose to photograph as i become more comfortable and settled here.

For now I’m content to not try to force things, preferring to ‘notice what I’m noticing’ and see where that takes me.  This is easy to say and hard to do.  It means quietening my thoughts, having no expectations and being open enough to let my sub-consciousness come through.  I feel like only when I get into this mode that I’m able to create something that is mine.

Well that was a longer interlude than I had expected!

I’m quite literally blowing the dust off things around here as I get back into the swing of things. I’ve got a lot of things still to do as I turn the lights back on.

I have just put up a new website that I hope you will check out: www.andrewnixonphoto.com.

I will continue to add photos to the existing portfolios on the site and add new portfolios as I finish photos. I’m working through my archives and editing photographs with a fresh perspective and new tools.

I have been thinking about a framework that I can use as scaffolding for my on-going and future projects.  In other areas of my life I have found that having a flexible road map for what you’re working on to be enormously helpful in actually getting projects out of the door.  As part of this process I have been deconstructing some of the basic assumptions that have served me well up to now and trying to reassemble them.  Unfortunately I have parts left over which means either I’ve found a better way or broken something.

I started with vision, which I had interpreted as the way that you see the world. Looking at a dictionary definition of vision I found that vision was described as:

Or to put it another way vision is the change that you want to cause to happen.  For instance it  could be telling the story and raising awareness of a disenfranchised group of society, shining a spotlight on the growing crisis of climate change, or mobilizing people to stop using the ocean as a dumping ground.

Vision therefore is not really unique, I know there are many others that are concerned about the state of the oceans and share the vision of clean oceans that will be able to support a diverse population of marine life.   How you express that vision and work to effect change most certainly could, and should be, if you draw on and incorporate the experiences that have shaped you.