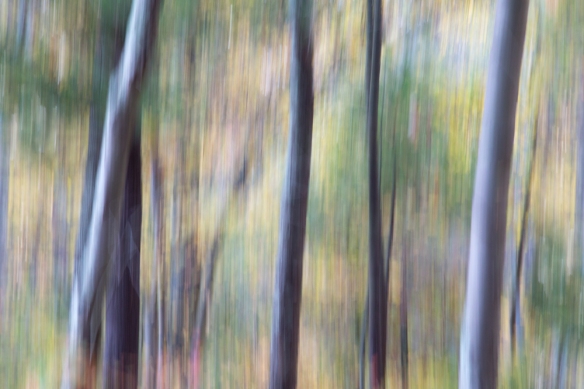 I spent a good amount of time wandering around in the woods this weekend. Surprisingly many of the trees here in Massachusetts still have leaves that have yet to change color. 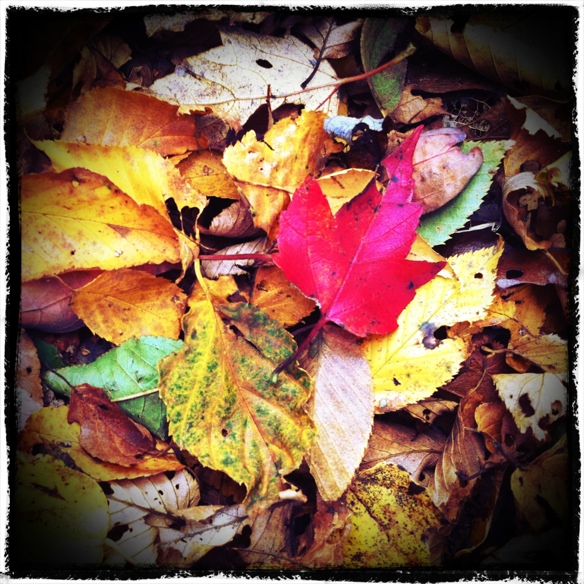 As I mentioned earlier in the week, my attempts to head north for some fall foliage photography this year have been thwarted. Instead I’m making the most of the local color using both my regular DSLR and the iPhone. I am working up a set of iPhone photographs made using the lomography workflow I described in a previous post. I’m not sure where I’m going to go with the project but I’m having fun and starting to develop an idea about how the photos should look rather than relying on what the presets give me. Often this means that I’ll initially process the image and then as I live with the original processed image for a while I’ll find things that I want to change. This was certainly true of the image above that was taken just in front of my house. This image is now into the third iteration of edits. I’m finally liking it as it is, although digital editing means that it is way to easy to go back and tinker some more.